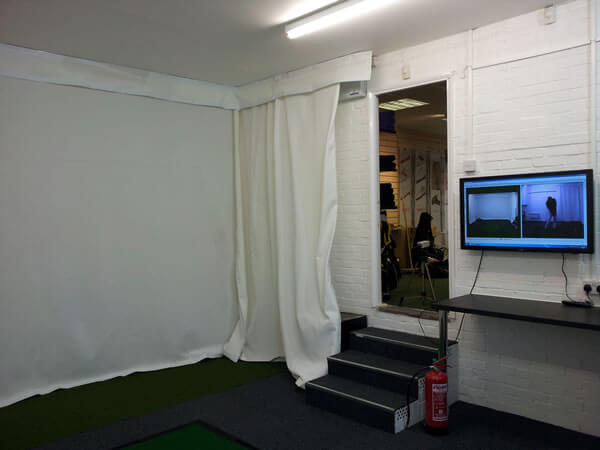 Gareth Johnston is the new professional at Calcot Park and he wanted an indoor coaching room. Gareth called Golf Swing Systems and we went to see the proposed area. The room was separated at first with a partition wall and we suggested he take this out creating an area 4.8M Wide x 6M Deep. We suspended white archery netting along the back and sides for when he gets a launch monitor and wants to project.

We also supplied him with a video coaching system with 2 cameras, mid-grey spike proof carpet tiles and a Classic Mat. Gareth also wanted to concentrate on putting so we supplied some putting turf and sunk cups into the concrete floor.