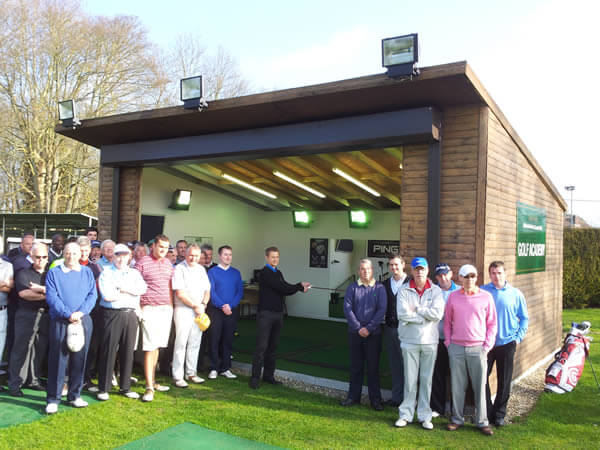 Jason Muller, Head Professional at Tudor Park, came to us in September 2011 and had been given a budget from Marriott Hotels to build a 2 bay academy with a 2 camera video coaching system, ZENIO Putting System and new driving range mats. The building measures 7.7 M wide and 6 M deep and has a roller shutter.

Jason wanted the best camera picture possible and we suggested 250 Watt metal halide lights as they give the right amount of light for a great picture with the cameras and also came within the budget. Flooring was standard putt turf with2 Classic Driving Range mats. This allows Jason to use the Zenio system inside as well.

The Video coaching system was cSwing with a 2 camera system installed allowing front and back view to be filmed at the same time.

Contact us if you want to discuss what we can do for your academy.