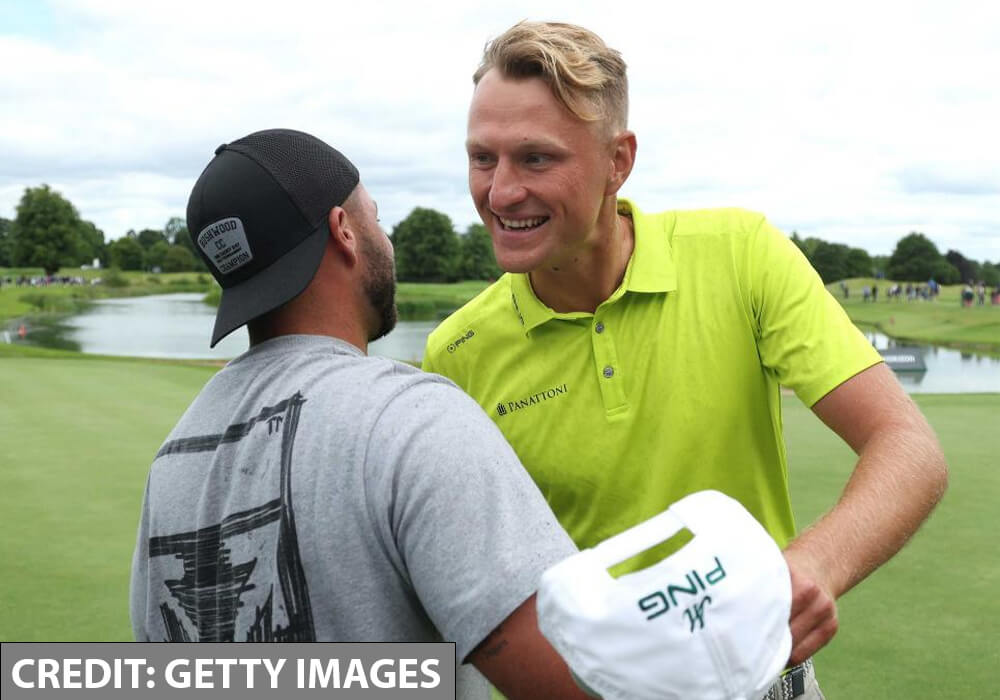 With every weekend of golf now regularly including 4 tournaments to keep up with, these GSS roundups are becoming important! We are wrapping up everything from the Ladies European Tour to LIV golf.

The golfing world is under the microscope at the moment. 3-time major winner and recent Senior US Open champion, Padraig Harrington, revealed many think the sanctions placed on defecting LIV players, are too light. However, the GSS team feel the game should be examined for different reasons. So let’s review this weekend’s golf, beginning with The European Tour!

European Tour – A first for Poland, a first for Meronk

Adrian Meronk is not an unknown name. The 110th ranked player in the world has finished just short of a win multiple times. Not this week though. The 29-year-old surged to the finish line to claim his maiden tour victory at Mount Juliet. The Irish Open winner stands as the first Polish player to win on the DP World Tour and cements himself as the role model for all young Polish golfers.

Meronk held the lead going into the final day, and the main challenger was the big hitting Kiwi, Ryan Fox. Fox looked dangerous as well, with an eagle and 7 birdies carrying him to a second 64 of the week! It looked to be enough, with an eagle on 17 seeing Fox carry a shot lead going into 18. An unfortunate missed green however meant a bogey left Meronk, with an opening. The Pole left no doubt.

On 15 Meronk had a 20+ft putt, for birdie and the stroke never left the line of the hole. That took the 29-year-old into a share for the lead and another birdie on 16 took him a shot clear. 2 pars would have been enough for the maiden victor. He didn’t settle though. An eagle from the front of the 17th green took him 3 shots clear and established the 18th hole as a victory parade. When asked how he felt as the role model for Polish golf, Meronk said “I love it” and he seems to have no plans to relinquish that title.

The Irish contingent this weekend all carded solid finishing rounds with Lowry offering the best finish, in a tie for ninth. Another noteworthy finishing group were the trio in a tie for fourth. John Catlin, Fabrizio Zanotti and David Law all secured their spots at The Open next week in St. Andrews. 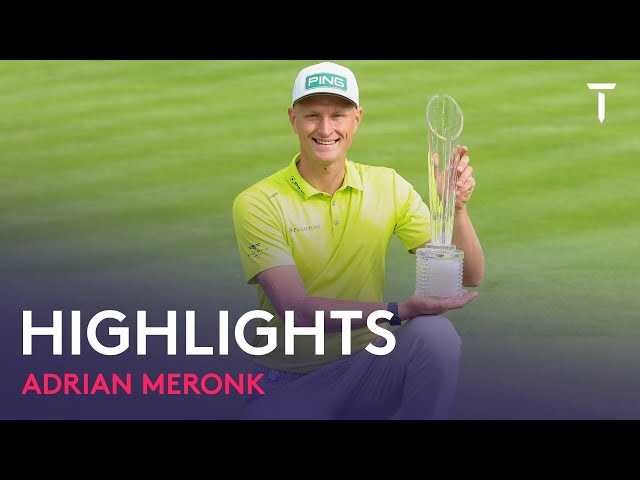 What’s better than winning your first PGA Title since 2019? How about a victory that secures you a spot at the 150th Open in St Andrews? JT Poston did just that with a start to finish performance at The John Deere Classic. TPC Deere Run seemed to be under Poston’s spell all weekend with the American leading from day 1 and never letting up the pressure. Whenever the finishing score at a tournament is 21 under par, you know a stellar performance was offered up.

Poston, carried a 3-shot-lead into the final day, and started the round hot with birdies on 1, 2 and 3. The third mirrored the momentum Poston was carrying, with the putt falling from off the green. It was afraid of running away with it though, with a three putt bogey on 5 and a missed up and down on six reducing his total for the day to 1 under after 6. Poston steadied the ship with a par at 7 and began a run of 10 straight pars, holding firm at the top of the field.

The par 5 17th saw the American able to roll in a stress free 6 foot birdie putt to re-establish his comfortable 3 shot lead going into the 18th and a regulation 2 putt par solidified JT Poston as a 2 time PGA Tour winner. When asked about qualifying for The Open, the week’s winner admitted he’s “always wanted to play at any one of the venues” and for his first one to be at The home of golf during number 150, seems special.

This week’s John Deere Classic was an Open Qualifying event, with the top 3 taking places at St Andrews. Christiaan Bezuidenhout and Emiliano Grillo managed a tie for second to make sure they made it into the field at St Andrews. Next week we see a rare joint event week with the DP World Tour so carding your place at The Open this week, seems a really good move! 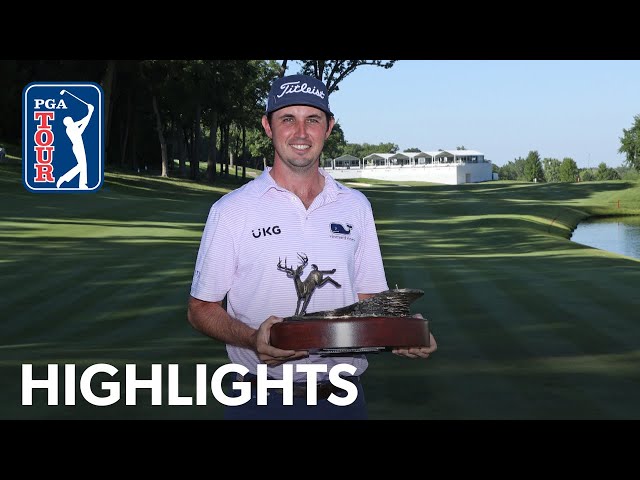 The LIV golf train rolled into Portland for its second stop, Pumpkin Ridge and its winner summer up the weekend pretty well. “What a week”. Whatever your opinions of the Saudi backed golf league, you must admit, the train seems to be gathering speed. With new additions to the field like major champions, Bryson DeChambeau, Brooks Koepka and Patrick Reed, the concerns of Centurion’s less than stellar field seem to be fading. It was the South African, Brandon Grace however, that took the win this time around.

Grace was good for a very clinical 7 under par 65 on Saturday to pull clear of the field. The 54 hole event had been lead until that point by Carlos Ortiz, who finished up 2nd, and Dustin Johnson. The highest ranked player in the field, DJ look very good through first two rounds, but a slow start on Saturday left too bigger gap to bridge. How much did Brandon Grace take home you ask? A little over $4million!

With prize purses like that the money will always be a discussion point on the LIV Golf Tour. When asked about this, 48-year-old Pat Perez, who finished his week with an 80 (Still taking home $750,000 thanks to the team win for 4 Aces) he compared a LIV contract at this point of his career, to a lottery win. The team event was a talking point on the YouTube broadcast and the officials confirmed it is here to stay. Next year after the end of the invitational series, 12 team captains will draft their teams. This will establish a 48 man field for each event. Something tells me, those 12 captains will be extremely popular in the locker room for the rest of the year!

Check out the closing day highlights from LIV Portland here: 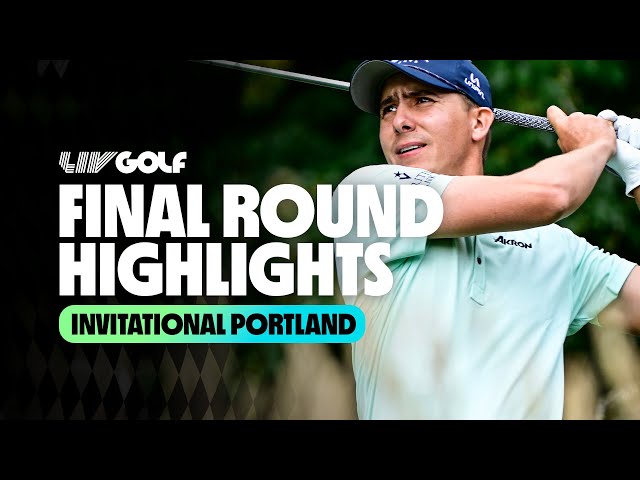 22 year old, Swede, Maja Stark won the Amundi German Masters by a single stroke this weekend at Seddiner See. This is Stark’s 4th win on the Ladies European Tour, and establishes the young golfer as one of the top players in the world. Starting the final round of the weekend in second place, Stark didn’t hit the ground running, bogeying the first hole. She recovered immediately though with a birdie on the 2nd hole and steadied the ship until the 8th hole. The 8th brought another birdie, but as is often the way, a bogey followed immediately after, meaning Stark was level through the front nine.

Stark maintained her steady form throughout the back nine but really began to heat up in the closing stretch. A birdie on 17 preceded a highlight reel second shot on the 18th to leave a tap in from millimetres to secure her victory. Stark noted that her victory was in some part down to her caddie. At 15 years old the young German, brought local knowledge and “was brilliant” according to Stark.

Second place this week was shared by Germany’s Leonie Harm, and Sunday morning’s leader Jessica Karlsson. The win takes Maja Stark back to the head of the 2022 Race to Costa Del Sol with 2,252.50 points. To sum up the weekend Maja noted she “Couldn’t feel her hands on the 18th tee” but the nerves were not enough to prevent Stark from claiming the title at the Amuni German Masters. 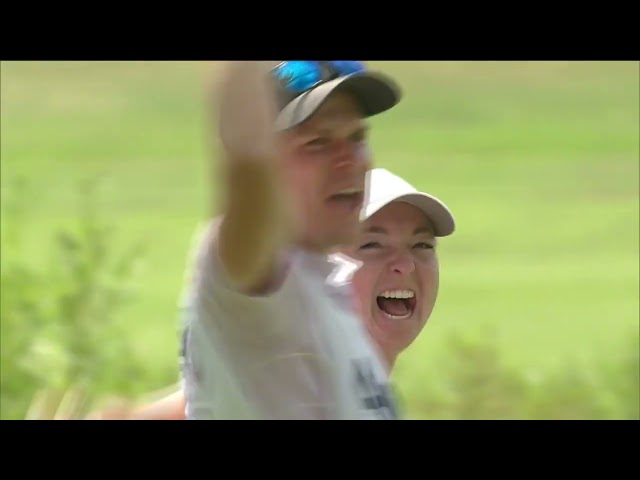 To read more from the GSS Blog team, click here.