The key to great putting is practice and with PuttOUT’s evolved Premium Pressure Putt Trainer, you really can take that practice anywhere. 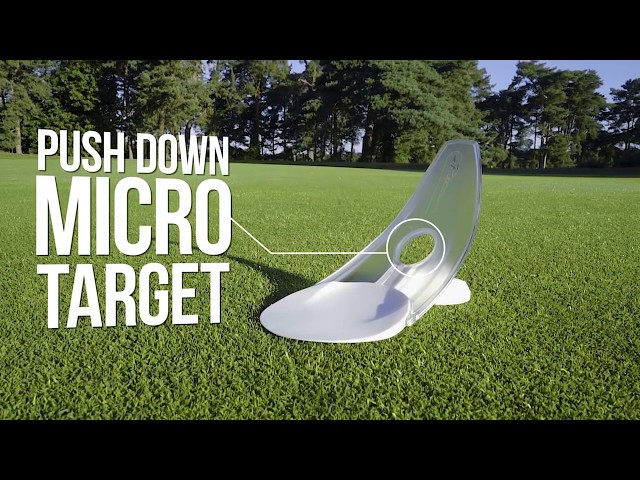 EST. 2016 IN THE HEART OF LONDON, PUTTOUT DESIGN PRODUCTS TO HELP YOU PRACTICE MORE AND PUTT LESS.

With a scientifically shaped parabolic ramp, each ‘made’ putt is returned to the player the same distance it would have gone past the hole had it missed, anything else is a miss.

Only putts of absolute perfection will hold in the micro-target, so let the practice begin.

The first new development of the new Trainer is the addition of an alignment stick holder towards the top of the Trainer’s ramp. The feature acts as a rubber grip for a soon-to-be-released Putting Plane Alignment Stick Set, but can also be paired with the player’s existing alignment stick setup, replicating the ‘String Drill.’

The three smaller dot targets allow the player to focus in and use them either as another common target — especially for those who prefer to aim towards the back of the cup on putts, but can also be used to allow the player to adjust to slight breaks of the putting surface in their practice.

The introduction of a new, supremely more visible ‘pop-down’ target is based on feedback from players noting they would sometimes “lose the aim point” from their standing position and eye angle when the micro-target was in the ‘open’ position. The decision to add a ever-present, more vibrant target to the ramp was deemed an essential upgrade.

Only a ball that is rolled on the perfect line and with the perfect pace (18-inches past the hole had it missed) will stick in the PuttOUT micro-target. Think you can putt to absolute perfection?

Using a folding design, PuttOUT can be taken wherever there’s space to play – carry it in your backpack, golf bag or even pocket. And when you’re finished, fold it away, out-of-sight in your desk drawer.

With the disc at the base of the ramp replicating the size of a regulation golf hole, anything that rolls over the disc and up the ramp, returning back to the player is a made putt. 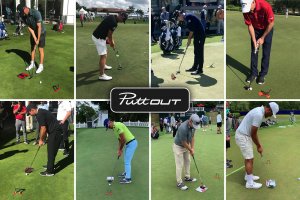 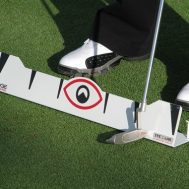 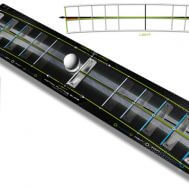 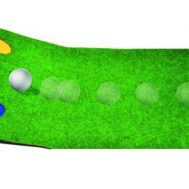 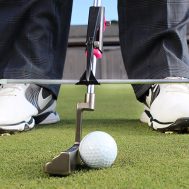